A throwing star is a relatively small tool, easy to conceal and extremely effective when used with experience.

Throwing Star Collective embodies just that – a stealth team that creates a huge impact.  We are the skilled craftsmen and women behind the scenes of projects and ideas, making precision strikes, while drawing on our 50 years of collective experience to effect large scale results for a wide variety of clients. 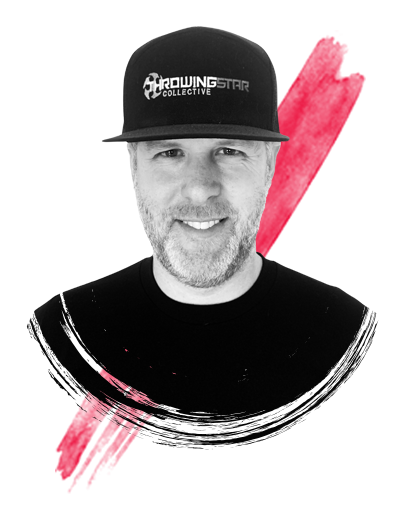 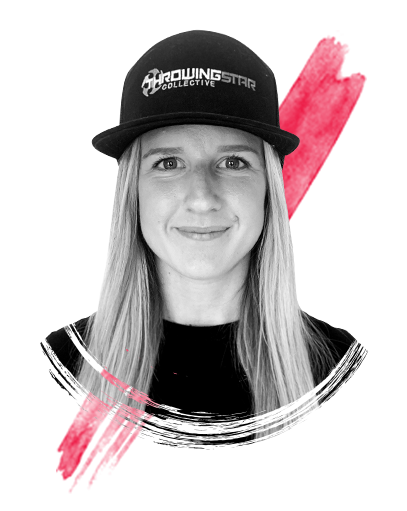 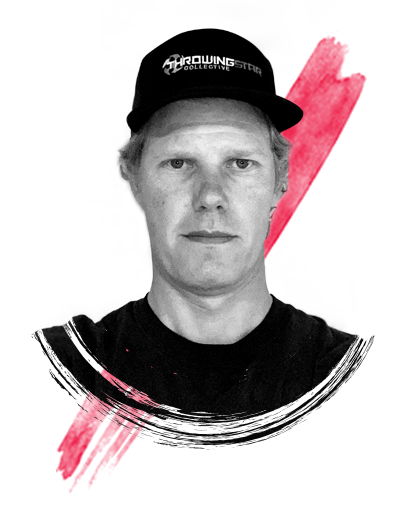 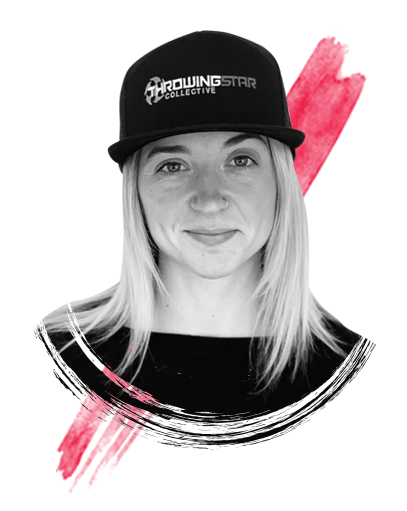 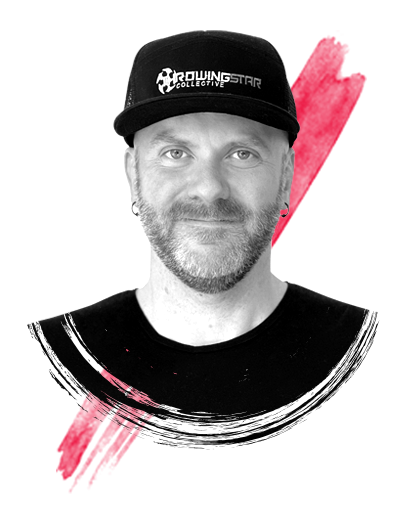 Co-Founder & President Josh Greene is the Get Sh*t Done guy.

Greene gravitates toward projects that most people think aren’t possible and for 13 years at Red Bull NYC, he turned No into to Yes.

“Snowboarding and action sports defined everything for me early on in the 90’s, being a part of a growing culture and sports community. I was finding opportunity to be connected through experiences in competition, retail, snow brands, events, and building a community in Upstate NY,” says Greene.

His first time in front of a city government was petitioning his town to build a halfpipe in his own yard at age 15, as there were no parks to skate. He launched his first event a year later.

“I’m best at taking a look at the full project scope and creating a roadmap through ideation, feasibility, planning, and execution.”

He’s optimistic about projects that pose a lot of challenges, able to see a path of confidence going forward. Among his most challenging tasks, Greene was the Project Manager for Red Bull Music Academy Festival in NYC in 2013 and 14 which meant 39 shows in 30 days with hundreds of artists, thousands of attendees, and a team of hundreds maintaining a 24/7 operation. And that was just one of the projects he managed of global scale. Greene is the guy who clears an obstacle before the client even knows it existed.

“If we just took no for an answer, we would never have seen a helicopter doing flips over NYC, 900 horsepower trucks racing in the snow at Sunday River or a rally car drifting around Washington DC. These are the type of projects that get me excited to show up every day and work with the best in the world.”

Co-Founder & Vice President Allie found her calling while studying Advertising and Marketing at the Fashion Institute of Technology in NYC when she met the Red Bull team.

“I met Red Bull and found a love for getting my hands dirty at events, being that small piece of the puzzle that brings a signature project to life,” she explains, “My inspiration comes from my husband and business partner, Josh, who has not only led by example since I began my journey in the event and marketing industry, but has consistently pushed me and encouraged me throughout it, allowing me to grow into bigger roles and better opportunities. I wouldn’t be where I am without him, his experience, and challenges he throws at me.”

She advanced within the company, eventually thriving in her role as Sports Marketing Specialist, supporting the development and execution of sports marketing initiatives in the Mid-Atlantic Region, one of the largest in the country. She quickly gained a knack for leading project management, execution of event properties and building campaigns, becoming adept at identifying and developing relationships with new athlete talent, influencers and opinion leaders. Her very first leadership role was with an international event, Red Bull Reign World Finals, allowing her to build an extensive list of contacts.

“I love working on projects where I’m responsible for hospitality and participant management. There’s no better feeling to me than creating a memorable experience for someone and having them talk about it for years to come. I can’t really explain the feeling I get, but relationship building is a huge piece. I feel I’m a powerful force in that world and able to connect with all walks of life, no matter what country they’re from, what sport they play, education or background — I always find a way to build some sort of connection with each person we work with.”

Co-Founder & Sr. Project Manager Jenner Richard grew up in Maine, chasing the New England skate and snowboard dream. But coming up in the 80s, many resorts didn’t allow snowboarding. Richard recalls his grade school civics teacher inspiring he and his friends to gather 1,000 signatures on a petition to decriminalize snowboarding at his local resort.

“Being part of a movement like that was rocket fuel for my addiction to the lifestyle and I still apply that same dedication and passion to every project I’m a part of,” remembers Richard.

From there, it was all about finding the snow as a competitive snowboarder. He would take a job at Vermont’s Fuse Marketing in 2000 and help build the MT Dew Free Flow skateboard tour before an amazing job opportunity as Athlete Manager for Four Star Distribution in Southern California, overseeing Forum Snowboards, Special Blend and Foursquare outerwear.

But the mountains called. He moved to Crested Butte during the epic winter of 2007 and worked on the development of a snowboard/ski academy model for IMG. While there, a job with Red Bull as an Athlete Marketing Manager based in New York City came his way, a role that would define his career. He was tasked with finding, sponsoring and activating the world’s top elite athletes.

“I’m most proud of developing the confidence and skill set to work with a wide range of professional athletes. Whether finalizing a contract with an NBA super star or coordinating a photoshoot with a grand master chess player, this was always a very exhilarating and rewarding part of the job.”

Richard thrives on projects that are built from passion and out of the box thinking, always willing to fight for a successful result when there’s a real drive and belief from the client.

“If the road is blocked, we’ll find a way over, under or around it.”

Buono grew up in the Hudson Valley and came into the game through the hospitality field. While getting her Master of Business degree in Providence, Rhode Island, she joined the Red Bull Wings team. As a standout, she was elevated to captain, which led to a full-time position in event hospitality. Her very first role was Pilot Liaison for Red Bull Flugtag 2016, where she was tasked with booking accommodations, checking in athletes, meals, instructing them on run of show, answering questions and making them feel comfortable. This would become her role and she excelled in the position, applying her experience to basketball tournaments, regattas, downhill stadium skating, rowing events, gaming tournaments, soapbox races, even the international Rubix Cube competition.

The further Buono got into the role, the more she became a true ninja of her craft, working closely with athletes on a day-to-day basis, connecting with people around the country and handling the hundreds of daily details that help others concentrate on what they need to do to achieve their goals.

“I love being able to see a vision and then be part of planning, building, executing and breakdown. I think it’s one of the craziest parts of events. You start with a blank slate, plan for months, build it, execute it, and then return back to that clean slate and it’s onto the next event.”